The dominant architectural feature of the Canadian Museum of War is a large fin clad in copper that reflects the rooftops of other prominent public buildings in the Canadian capital. The small windows on the fin spell out in Morse Code "Lest we forget" and its French equivalent, "N'oublions jamais". Copper used on the interior of the building was recovered from the Library of Parliament during refurbishment of the it’s roof in 2004. 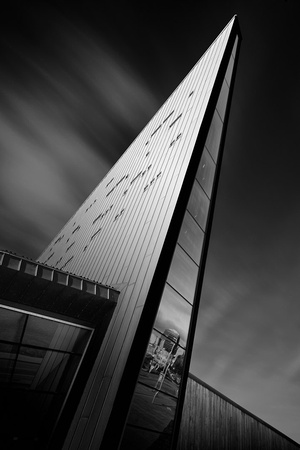